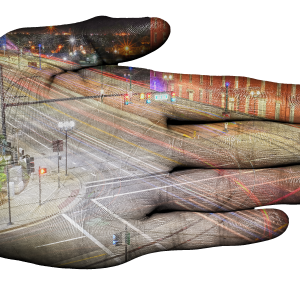 I’ve been seeing things being passed around on social media about a microgeneration between GenX and Millenials. THERE ISN’T ONE, Y’ALL. ‘Xennial’ isn’t a thing. Stop trying to make ‘Xennial’ happen. They used to call that nonsense “GenY,’ but this 2014 Atlantic article explains why that’s not a thing. Three years ago. So what began as an eye roll, here’s a perspective on the generational breakdown through astrology:

First, Pluto is the planet (I know it’s not really a planet, that’s what the bodies are called in astrology) of transformation. It’s the furthest out there, and it has a long orbit. With Uranus and Neptune, it is called one of the generational planets because the length of time it spends in each sign makes its effect more collective than personal. I’m also going to acknowledge that some astrologers are discussing whether or not Pluto still counts sans official planetary status, an false invention of the 20th century. In modern astrology, it’s considered to be the ruler of the sign of Scorpio. Scorpio’s attachment to the 8th Astrological House has to do with shared values and other people’s money; regenerative processes like sleep, sex, and death (think rebirth, like the tarot); and letting go or releasing energy. Wherever Pluto is in our chart, those deep, transformative processes are sure to be working in our lives. Pluto, as archetypical ruler of the underworld, can often show where we get into power struggles as well. Its placement shows where energies can erupt from the subconscious, from the molten core.

NOW. It’s my assertion, and other astrologers have probably touched on it, that our Pluto placement is really the indicator to which generational group we belong. I’m going to use the planetary dates in general, from the years that the planet shifted signs and didn’t go back. Pluto’s irregular orbit means that it spends more or less time in certain signs, and it’s retrograde period of about half a year means that it does spend some months and years going back and forth between signs. As a collective influence, Pluto shows the reaction of each generation to the previous one. As it moves through each sign, it slowly transforms the way the generation responds to the energy of the sign.

Without further ado, here is my exhaustively researched, sublimely eloquent, and ultimately definitive viewpoint on where the generational lines fall, according to astrology:

LOST GENERATION (Pluto in Gemini, 1883-1914, 31 years) Gemini is about communication and information, and this time saw mass media like never before. Newspapers, phonograph, photography, radio, telephone. Airplane and automobile. Industrial revolution, establishment of the fed, monopolies and trustbusters. This generation was decimated by WWI.

G.I. or GREATEST GENERATION (Pluto in Cancer, 1914-1939, 25 years) Cancer is the sign of the home, personal identity, and feeling. WWI followed by the Depression and Dustbowl shook us to the core, American identity had to be reformed. We took to insular politics for awhile, like a crab hiding in its shell. The bulk of those who fought in WWII born during this time.

SILENT GENERATION (Pluto in Leo, 1939-1957, 18 years) Leo is the sign of the King, and larger than life figures dominated their way through WWII. New Deal. United Nations is formed. Abuse of Leo power shown in McCarthyism. Korean War. Pluto’s 10th house placement in Leo meant that public life was changing, it was important to keep up with Joneses especially during this transit-everyone was watching you.

BABY BOOMERS (Pluto in Virgo, 1957-1972, 15 years) I actually think this might be my most controversial point. If you look at actual population growth post WWII, it is in these years that it really spikes. Virgo is a powerfully feminine sign and relates to the Everywoman/man, Kennedy and Johnson’s social programs were popping, time called Era of the Great Society. The bulk of the American civil rights movement happened during this time. In terms of Virgo practicality, we did things never before achieved like the moon landing. This time is also going from Korean War to Vietnam.

GENERATION X (Pluto in Libra, 1972-1984, 12 years) Libra is relationship, balance and harmony, the roots of democracy. This time period saw the end of Vietnam, improving relations with China, as well as the Freedom of Information Act and the Equal Rights Amendment. This is also the Sexual Revolution, people more openly questioning traditional gender roles.

PLUTO IN SAGITTARIUS (1996-2009, 14 years, the next one, haven’t been named yet): 9/11, War on Terror, have never seen a world without social media. Internet made borders obsolete, smartphones and social media brought people from foreign places (a Sag thing) together like never before while the Recession limited the resources of young people in ways not seen in almost a century.

PLUTO IN CAPRICORN (2009-2024, 15 years) This transit will transform the way we operate collectively. Capricorn is the sign of public life, legacies, and longevity, as well as moving through fear. This time will challenge all of us on how we operate together.  No pressure though. The war in Iraq, as well as the Syrian refugee crisis, mass shootings, and global increase in terrorism mark the changing nature of war, as Pluto is related to conflict.

Since this endeavor began as a response to the GenX/Millenial gap, here are the exact dates of the transition between these two generations:

P.S. I used my Pottinger/Michelson Ephemeris for reference, as well as The Only Astrology Book You’ll Ever Need by Joanna Martine Woolfolk and Astrology: A Cosmic Science by Isabel M. Hickey. I also glanced at some Wikipedia for the traditionally given generation names, and ourworldindata.org had some really useful information about world population growth over time.

P.P.S. I think the reason folks don’t feel like a GenXer or a Millenial is because the transition between the two energies marks a change. Going into 1984 was the end of the GenX Pluto in Libra energy. They might not relate to someone who came at the previous shift from Virgo in 1972. The progression of Pluto in Libra created a new outcome which led to the shift into Scorpio. Maybe the people in the middle of the time period feel more like a “real” GenXer or Millenial? Who knows…that’s the discussion, right?